Situated in the North West of the country, on the banks of the Po River and surrounded by the Alps, Turin is the administrative centre of the Piedmont Region and the third biggest city in Italy. The urban area is  bordered by what has always been historically known as the "Corona delle Delizie", the crown or ring of delights, formed by the Royal Residences dotted around the outside of the city.

The biggest attraction is the city itself with its cultural offerings, thanks to a wide range of museums, sites, monuments, churches, parks, theatres and events which take place all year round. More than two thousand years of history have contributed to build up this incredible heritage: from the Roman Empire, through the Middle Ages, the Savoy court, becoming the first capital of Italy in 1861 over the Risorgimento, to being the capital of Italian industrial production over the 20th century with FIAT.

Turin's exciting lifestyle is particularly appreciated by young people and students, willing to pursue their academic careers in this city. Over the last years, great work has been done to improve the services of the city to the student community. From a brand new campus, to a higher number of study rooms and housing options, to transportation and student-friendly policies, Turin is now a very much student-oriented city. 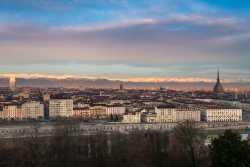 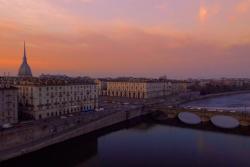 One night in Turin