Unito – America Latina e Caraibi, formerly Uni-Cuba Committee*, within the University of Turin (Italy), is an ideal and physical  meeting-place aiming at creating a constructive connection and dialogue among the most various projects of research and cooperation, both at a scholarly and a territorial level, with the academic, cultural, social and economic components of all the Nations of Latin America and Caribe.

The Committee takes direct care of scientific and cultural projects, including visual arts, performance and education; while, at a different level, acts as a medium of promotion and “service” which, in the full respect of all specific responsibilities, helps to activate human and material resources aiming at organizing and developing projects worked out and managed by other private organizations, institutions and/or  associations which appear to be in tune with the objectives of its own statute and its ideal and theoretical foundations.

Unito – America Latina e Caraibi, formerly Uni-Cuba Committee is open to all the members (academic, technical, administrative) of the University of Turin and of all Piedmont Universities, as well as to all the persons ready to work in the various branches of  its activity.

* The Ordinary General Meeting of the Committee of Uni-Cuba March 18, 2014 resolved to change its name to "Committee Unito - America Latina e Caraibi, già Uni-Cuba" in view of the fact that for some years its activity is no longer concentrated only in the Republic of Cuba, but throughout the Latin American Continent.

Members of the Executive, elected by the Council of Components

The Committee may also hire more personnel to carry out project activities, any related information will be updated on this page. 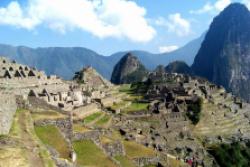